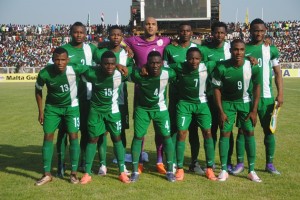 According to the Federation, the board remains united and resolute in its commitment to building a sustainable football culture for the country, by employing resources at its disposal diligently, purposefully and responsibly.

The NFF like most Nigerians, are saddened by the Super Eagles’ failure to qualify for the 2017 Africa Cup of Nations final competition, following a 1-0 defeat by seven –time African champions Egypt in Alexandria on Tuesday, 29th March 2016.

Nigeria missed out of the 2012 edition, won the title in 2013 in South Africa, failed to qualify for the tournament in 2015 and will not compete in the 2017 edition in Gabon. The Nigeria Football Federation says special attention will be given to ensure the Super Eagles feature at the 2018 Fifa World Cup in Russia.

President Buhari orders NNPC to search for oil in North