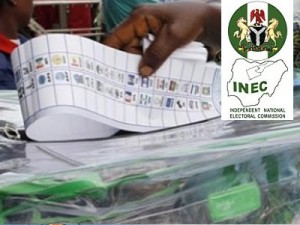 The commission in a statement issued yesterday in Abuja and signed by its Director, Voter Education and Publicity, Oluwole Osaze Uzzi, also promised to announce more results from the constituencies where it is satisfied that voting and collation were done in “substantial compliance with the Electoral Act and guidelines.”

In a swift reaction, the Rivers State Governor, Nyesom Wike welcomed the news, stating that the delay in declaring collated result was needless since the results in the different polling units were already known by everybody.

INEC said the Resident Electoral Commissioner for Rivers State would give further details of the constituencies and the nature of exercise to be undertaken in the next few days.

“While the commission is committed to conducting free, fair and credible election, it hereby restates its resolve not to return to Rivers State or elsewhere where there was breakdown of law and order during elections, until there is a conducive atmosphere for conduct of free and credible election,” it said.

The statement said at the time of suspending the Rivers re-run elections, the electoral process were in various stages, including constituencies with already declared results and return of winners, results declared but returns not made, collation concluded but no declarations yet to be made.

On the way forward, INEC said: “Faced with the above scenario, the commission restates its earlier decision to uphold the declarations and returns made in the federal and state constituencies where the exercise had been concluded.

“Similarly, the commission will conclude and make returns in constituencies where it is satisfied that voting and collation were done in substantial compliance with the Electoral Act and our guidelines”.

In lamenting the ugly situation that led to the abandonment of the re-run election in Rivers State, it narrated how some of the registration area centres were invaded and barricaded by hordes of people thus disrupting commencement of the exercise in several places.

While sympathising with family of the slain youth Corper who lost his life during the election, INEC condemned politicians whom it accused of spewing hate messages that further exacerbated the violence during the Rivers election.

Legendary astronaut John Young who walked on the moon dies