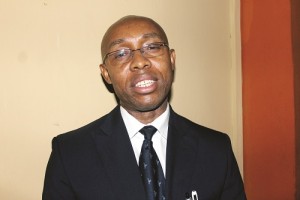 Described by a leading African newsweekly as “a leading member of the new generation of African legal minds” by Oxford University’s Ike Okonta as “one of Africa’s leading human rights lawyers.
Admitted to the Nigerian Bar in November 1988, Odinkalu received his Ph.D. in law from the London School of Economics and Political Science (LSE); his Masters Degree in law from the University of Lagos and his first degree also in Law from the then Imo State University, percusssor of today’s Abia State University.

Following the annulment of the June 12 1993 presidential elections in Nigeria, Odinkalu, a principal mover in the civil society response to the annulment as the then legal Director of the Civil Liberties Organisation (CLO) saw his being exiled to the United Kingdom where he pioneered the Africa and Middle East Programme of the International Centre for the Legal Protection of Human Rights, INTERIGHTS.
The author of more than four books and over 60 other scholarly articles, Odinkalu is widely known as an authority on international law, including human rights, international institutional law and international economic laws affecting African countries. He is a visiting Professor of law at the International Criminal Law Centre at the Open University of Tanzania, and was formerly Jeremiah Smith Jr. visiting Professor of Laws at the Harvard Law School in Cambridge Massachusetts and Brandeis International Fellow at the International Centre for Ethics, Justice and Public Life at the Brandeis University in Waltham, Massachusetts.
Among his other affiliations, Odinkalu founded the Coalition for an Effective African Court on Human and Peoples Rights based in Arusha, Tanzania.

He is a member of the Boards of Directors of the Fund for Global Human Rights in Washington D.C.; the International Council on Human Rights Policy in Geneva; and the International Refugee Rights Initiative (IRRI) in New York and a Trustee of the International African Institute (IAI) of the University of London. He is also a member of the Human Rights Advisory Council of the Carnegie Council on Ethics and International Affairs in New York. Odinkalu is also Co-Chairperson of the Darfur Consortium, a campaign coalition comprising over 400 African and international civil society organisations in support of the people of Darfur in Western Sudan and co-Chaiperson of the Citizenship Rights in Africa Initiative, CRAI based in Kampala, Uganda.
Between 2004-2006, Odinkalu led the Campaign against Impunity (CAI), to press for accountability by former Liberian President, Charles Taylor. The campaign was ultimately vindicated with the transfer of Mr. Taylor to the custody of the UN-supported Special Tribunal for Sierra Leone in April 2006. He is also a leader of the FoI Coalition whose efforts were recently crowned with the enactment of Nigeria’s Freedom of Information Act in May 2011.
A member of the Executive Committee of the Nigerian Bar Association, Odinkalu was also the Co-ordinator of its Practice Section on Public Interest and Development Law (SPIDEL) from 2006-2010.

FCDA in bother over demolition of Patience Jonathan’s property