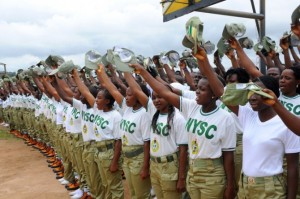 No fewer than 18 out of the 4,034 2015 batch A Corps members who served in Oyo state would repeat their service year due to evasion of service continuously for three months.

Mr Stephen Bankole, NYSC Director of Information in Oyo state, made the disclosure on Thursday in Ibadan in an interview with the News Agency of Nigeria (NAN).

He said that extensions of service were given to no fewer than seven corps members, ranging from one week to four months. “Extension occurs when a member did not attend his Place of Primary Assignment regularly or has not been signing monthly payment voucher as at when due.

“However it is only NYSC headquarters that ratifies cases of abscondment,” he said. Bankole said that no fewer than 33 corps members who served in the state got married during service year, while 50 went on maternity l eave. “We had about 1,753 males and 2,281 females.

He urged the corps members still in service to live exemplary life and be good citizens to avoid falling victim of extension of service or abscondment after their service year. The information officer advised the outgoing corps members to make good use of the entrepreneurial skills they acquired during service to enable them become self employed.

“They should go into the larger society to earn their living honestly and legitimately as good citizens, no shortcuts,” he said. -Vanguard