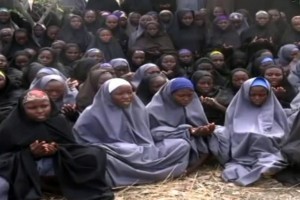 Chairman of Kibaku Area Development Association (KADA), a group that represents the Chibok community in Abuja, Hosea Tsambido said yesterday that the telephone lines of five of the kidnapped Chibok girls were used to make calls to their parents.

Tsambido said he placed a call to the chairman of the Chibok girls’ parents, Yakubu Nkeki who gave him the information.

Tsambido, who spoke with newsmen, in Abuja, yesterday, also added that Nkeki was threatened by the respondents and asked never to call back if he loved his life. “ The speculation that a Chibok girl phoned her father is not exactly like that; it was actually the telephone lines of about five girls that were being used to call people but when the parents called back, different people answer. Some will say they are in Ondo, others in Cameroon. They have not identified where they are specifically but, some answered the call with threats, such as ‘don’t call this number again; if you call this number, it means your life’, that is the reply that they have been giving to the chairman Chibok parents.

No timeline was given as to when the calls were made. On April 14, 2014, Boko Haram abducted 219 girls from a secondary school in Chibok, Borno State. -The Sun

Rafa Nadal out for 3 weeks