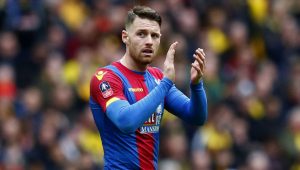 Crystal Palace striker Connor Wickham scored in the second-half to send the Eagles into the FA Cup final to face Manchester United. It was a game that saw Palace twice take the lead and finally fight off Watford’s resistance to get over the line.

Alan Pardew’s side led early on through Yannick Bolasie. A Yohan Cabaye corner saw the tricky winger latch onto a flick-on from Damien Delaney to head home at the back post. There was a fortunate deflection that resulted in the ball landing his way, but Bolasie certainly didn’t mind.

Watford fought back and created opportunities, but the likes of Troy Deeney and Almen Abdi couldn’t hit the target. Palace were still posing a threat at the other end. A Cabaye free-kick nearly doubled the Eagles’ lead, but Deeney and his strike-partner Odion Ighalo still gave Palace’s backline scares after trying to work an opening between each other.

The first-half eventually fizzled out, but after the break Palace had a penalty shout when Connor Wickham was felled in the area. Replays showed that Watford may have been fortunate. And after Bolasie forced a save from the Watford goalkeeper, the Hornets managed to find an equaliser.

A deflected Ben Watson free-kick saw Troy Deener beat Scott Dann to the ball with a glancing header to level the cup tie. But their celebrations were short-lived as Crystal Palace fought back brilliantly through Wickham. The target man headed home after the hour mark to give Palace the lead once more.

Watford’s Odion Ighalo missed a good opportunity to be a hero, but the Hornets left it too late to stage another comeback and Palace ran out worthy winners at the end. Their late spirited response was impressive, but ultimately not enough, and the Eagles will now face Manchester United in the FA Cup final.