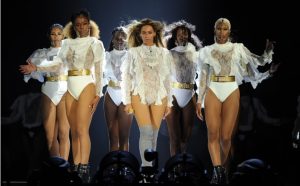 News agent has confirmed that Beyonce will reschedule her May 5 concert in Nashville, Tennessee, but no official reason has been given.

The show at Nissan Stadium was set to be the fifth stop of the GRAMMY winner’s Formation World Tour before the mysterious postponement. A new date for the concert will be announced soon, ET Online reports.

The music superstar has seen strong support from her family during the tour after suspicions of marital distress were raised following the release of her new album. The project features several songs about infidelity, leading some to wonder if the singer’s husband, Jay Z, had been unfaithful.

Jay Z and the couple’s daughter, Blue Ivy, were in attendance for Beyonce’s Miami show earlier this week, where the pop diva acknowledged them from the stage.

“I want to dedicate this to my beautiful husband,” Beyonce said before performing her anthem, “Halo.” “I love you so much.”

Beyonce gave another dedication prior to paying tribute to late singer Prince by performing his hit, “Purple Rain.”

“I want to dedicate this song to my family. Thank you guys for supporting me,” she told the crowd. “Blue, I love you so much.”

Live Nation released an announcement on Friday assuring that “there are no changes to any additional dates on this tour.”

For more on the Lemonade controversy, including the rumors about “Becky with the good hair,” check out the video below.