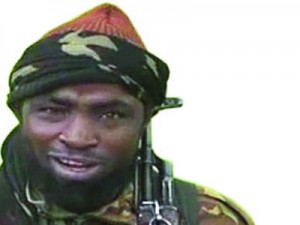 The terror sect, Boko Haram, is asking for a ransom of nearly $50million  from the Federal Government  for the release of the 219 Chibok schoolgirls who were kidnapped by the insurgents two years ago, according to The Sunday Telegraph of London.

The paper said it gathered from sources close to the sect that the demand was made “during secret contacts with the government of President Muhammadu Buhari, who has said he is willing to negotiate for the girls’ freedom.”

The group’s leader, Abubakar Shekau, had previously demanded the release of jailed comrades in exchange for the girls.

A top security source said last night that there was no deal in place between government and the sect on the Chibok girls who were abducted on April 14, 2014.

The Bring Back Our Girls (BBOG) group which has been campaigning for the rescue of the girls has expressed frustration about government’s continued “rhetoric of lack of intelligence and other excuses” on their fate.

It said in a statement ahead of the second anniversary of the abduction that it expects more action than the rhetoric.

The Sunday Telegraph said in its report that Boko Haram made the ransom demand in a message to the Federal Government about three months ago.

It offered to exchange the girls for a ransom of N10b, the equivalent of around £36m.

The paper said, “The ransom demand has split the government,” said the source. “Some think it would be worth it just to resolve the Chibok situation, but others say it will simply allow Boko Haram to hire yet more insurgent recruits.”

It also said that a month after the ransom demand, Boko Haram secretly passed the government a new video tape showing 15 of the kidnapped girls.

It added:”The girls are asked what their Christian names are and what their new Muslim names are,” he said, referring to the “conversion” that Boko Haram forces Christian prisoners to undergo. “They are also asked if they have been raped or mistreated, but they say no – they look relaxed.”

It also said that an Australian clergyman and former Nigerian government advisor who spent four months in Nigeria in 2014 attempting to negotiate the girls’ freedom, Dr Stephen Davies claimed that during his visits to Nigeria in 2014, a Boko Haram commander gave him a grisly video showing what purported to be the human remains of some of the Chibok girls.

However, he had never passed it on because there was no proof that it was definitely them.

“There was nothing identifiable in the video, and without any proof that it was the girls, there was no way I was prepared to pass it to anguished relatives,” he said. “On the other hand, I can’t think of any other reason why the commander would have passed it to me.”

Contacted on the Telegraph story last night, a top security source said: “There is no ongoing deal with Boko Haram at any level. That claim by the sect or any other person is incorrect.

“President Muhammadu will not engage in any backdoor deal with the insurgents. The report was talking of the last three months in which Boko Haram had been severely decimated by the military.”

The  Senior Special Assistant on Media and Publicity, Mallam Garba Shehu, who was also contacted responded from Addis Ababa on his way to China, saying : “I will find out from the appropriate security chiefs and get back to you.”

Meanwhile, the BBOG group wondered “how much longer must we wait” before the girls are brought back home.

Although, it acknowledged the heightened effort of the military to crush Boko Haram it said, quoting President Buhari: “We cannot claim to have defeated Boko Haram without rescuing the Chibok girls and all other innocent persons held hostage by the insurgents.” -The Nation