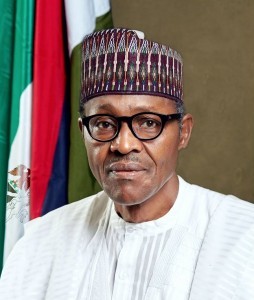 President Muhammadu Buhari disclosed that the Federal Government borrows an average of N600 billion monthly to augment what it gets from the Federation Account to pay salaries of federal workers.

President Buhari stated this at the opening of the Evangelical Church Winning All ( ECWA) 63rd General Church Council (GCC) held at ECWA headquarters in Jos yesterday.

The president, who was represented by the Secretary to the Government of the Federation, David Babachir Lawal reiterated that government borrows about N600 billion monthly to augments its federal allocation which, he said, is between N130 billion and N200 billion to meet its expenditure profile which is roughly between N800 billion and N900 billion.

He said government has no option but to source for fund ‘from everywhere.”

In most instances, he said, “government opts for local, not international, borrowings ‘because the monies coming from the federal allocation is not enough and the figures are not fixed but varies from month to month, depending on what gets into the treasury…”

The president maintained that the problem faced at the federal level is same as what is experienced in some states; recalling that there was a time Osun state got only N55 million in a month from the federation account when it had a salary bill of over N4 billion to settle.

He, however, assured that though the problems are too many, giving the desired cooperation and trust, Nigeria would be revived within the shortest possible time.

He called on the church to join hands with government in its fight against corruption by preaching the gospel that would make people desist from corrupt tendencies and embrace honesty, transparency and accountability.

Buhari said his government came into power at the brink of collapse of the nation, which had, over the years, been riddled by corruption, insurgency, youth unemployment and economic meltdown.

He commended the immense contribution of ECWA to the development of the country, particularly in assisting with prayers, which led to a free and fair election and the smooth transition process.

Meanwhile, Vice President Yemi Osinbajo has slammed the current local government system in the country for allegedly abandoning its primary responsibility of promoting greater efficiency in the provision of local services to transform the lives of the people at the grassroots, to become mere administrative extensions of state governments.

He said corruption, indiscipline and inefficiency have now projected the local government as a weak model for governance, adding that ‘this has become a source of grave concern to the government.”

Speaking in the same vein, former minister of defence, Alhaji Muhmud Yayale Ahmed said Nigeria cannot realise the potentials of the third tier of government unless the leadership and other stakeholders in the local government system revert to the basics, which he insisted, are the practices of the old when councils generated their funds to provide development. -The Sun

Pop singer Sinead O’Connor found in US after being missing