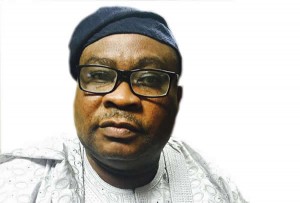 Fayose told journalists in the video that if he leaves Aluko to the whole world, who would be there for him.

“I am his father, I am his brother, whatever the past has held for all of us, I am still his father,” Fayose said.

Asked if he has forgiven Aluko, Fayose said, “Whether you are talking of forgiveness, Aluko remains my son, my boy… whatever he has said, it is time to move forward.”

Aluko told journalists that everything was behind now.

However addressing newsmen, Tuesday in Lagos, Dr Aluko said the parley was a script aimed at misinforming Nigerians.

The former PDP scribe, who recanted his earlier stance, said “One fact remains clear, there is nowhere that I, Temitope Aluko, refuted anything I have earlier said before Nigerians and the whole world about the manipulations that characterised the 2014 Governorship election in Ekiti State.”

Expressing displeasure over the purported reconciliation meeting, he said “I was shocked to see Governor Fayose walked into the meeting at this point. I won’t want to bore you with the drama and face-off that ensue between me and governor Fayose inside the meeting.

It is worthy of note that it was at this point that my wife badges into the meeting to inform me that she noticed the presence of pressmen downstairs and said ‘there is a problem’ but it was Fayose that interrupted her and said ‘madam, there is no problem.” He added that “at that point, I became enraged and decided to leave the place but I notice Governor Fayose rushing after me downstairs in a gestapo manner.

My wife was already fidgeting and almost crying and suddenly I could not find her around me. I immediately realised that I need to oblige to his (Governor Fayose) instruction of facing the press because of the safety of my family.” He, however, appealed to Nigerians to disregard the peace treaty saying it was a tactical error on his part.

Recall that Aluko, who was chairman, Security and Intelligence Committee of Fayose Campaign Organisation, appeared on Channels TV some weeks back, apologizing for being part of the Ekiti Project, which was the major campaign point of the PDP that had been jettisoned by Governor Fayose.

Aluko opened a can of worms and gave an insider account of how the military was allegedly used to rig the election that Fayose won under PDP.