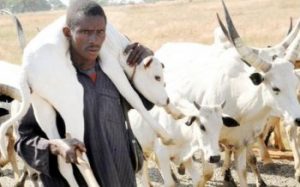 According to recent report, Fulani herdsmen and some of their petty-traders have fled from Enugu State.

This follows the recent attack on Nimbo Community in Uzo Uwani Local Government on Monday morning.

The herdsmen had evacuated their cattle from Adani in Uzo Uwani and other parts of the state before the Monday’s attack, which led to the untimely death of over 6 people including a school teacher from Enugu Ezike, Igbo Eze North Local Government, residing in the area.

However, some Fulani and Hausa traders who sold carrots, suya meat, sugar canes, onions, electronics as well as those engaged in nail cutting among other menial jobs have deserted the towns and villages.