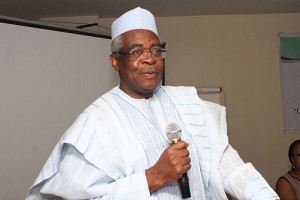 According to the report, Danjuma owns a company, Eastcoast Investment Inc, which he incorporated in Nas­sau, in the Bahamas, on March 25, 1997.

The mention of Danjuma’s name came just as Mossack Fonseca, the Panamanian law firm at the centre of the huge leak of confidential financial data, said it was a victim of hack and therefore consider­ing legal action against those who released the information.

Danjuma was still in ser­vice as Chief of Army Staff at the time the company was incorporated. At inception, Danjuma and a certain Colin Marcel Dixon were directors of the company. He was also director of Zara Logistics, a company registered in Cyprus on September 2, 1993.

Reports said Danjuma formed the company to enable him to do business with Scan­cem International of Norway when the later decided to ex­pand its involvement in Africa to include a project in Nigeria.

“But the company soon became embroiled in a messy bribery scandal, with Scan­cem, according to court pa­pers, later buying out East­coast Investment from the project on December 1, 2003.

“It was later determined, “the money went mainly to another account Eastcoast Investment had, to General T.Y. Danjuma and a certain The Volta Company.” As the controversy raged, Danjuma resigned as director of the company, but no document was sighted indicating that he transferred his shareholding to anyone.

Continuing, the reports said a certain Satish Chan­der Dosaj, who later died, re­placed Danjuma. On his death, Elizabeth Dixon, believed to be Dixon’s wife, was brought in as director. But even before incorporating Eastcoast to do business with Scancem, Dan­juma had used several offshore entities in the past, mostly reg­istered in tax havens.

The database, Open corpo­rates, indicate that Danjuma served as director and vice-president of Cross Group Holdings International, which was registered in Panama on October 15, 1976. He was also director of Zara Logistics, a company registered in Cyprus on September 2, 1993.

The retired general was also among global personali­ties found to maintain secret accounts, operated with codes, with the Swiss branch of bank­ing giant, HSBC.

Meanwhile, a partner at Mossack Fonseca, Mr. Ramon Fonseca said the leak was not an “inside job,” as the compa­ny had been hacked by servers based abroad. It had filed a complaint with the Panama­nian attorney general’s office, he revealed.

Several countries are in­vestigating possible financial wrongdoing by the rich and powerful after the leak of more than 11 million docu­ments. “We are amazed that nobody has said: ‘Hey, a crime has been committed here,’” Fonseca, one of the firm’s founding partners, told Reuters news agency.

“The world is already ac­cepting that privacy is not a human right,” he told AFP agency separately.

Last week the company re­portedly sent an email to its clients saying it had suffered “an unauthorised breach of our email server.”

The company has accused media organisations report­ing the leak of having “unau­thorised access to proprietary documents and information taken from our company” and of presenting this information out of context.

In a letter to London The Guardian newspaper on Sun­day, the company’s head of public relations threatened possible legal action over the use of “unlawfully obtained” information. The revelations have already sparked political reaction in several countries where high-profile figures have been implicated. -The Sun