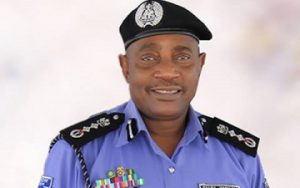 Solomon Arase, Inspector-General of Police (IGP) has declared that the Force would clampdown on the people formenting trouble in the country no matter their positions, warning that nobody has the right to take another person’s life.

Also, the IGP has disclosed that the Force Headquarters has deployed a team of Homicide officers to investigate the killings in Rivers State.

Arase stated this yesterday, while flagging off a new uniform for Police Spy at the premises of Shell Petroleum Development Company (SPDC) in Port Harcourt, the state capital.

He said a marching order has been given to the Commissioner of Police to track down the persons behind killings in the State, stating that a gang of criminals could never overwhelm security forces.

It is an unacceptable for people to take laws into their hands. This is not a Hobbesian State where might thrives. And I have told the Commissioner of Police; he must go after whoever that has taken the lives of other people and ensure we bring them to book.

“And, secondly, proliferation of firearms is unacceptable, not only in Rivers State; but, across the length and breadth of the country. This is also reflective of international law. It is a global thing. There must be a strategic approach to it.

“Security gangs, cult groups can never overwhelm a state. It is never done. I can assure the people of this country we are going to clampdown on these people. We will arrest them; we will interview them, and we will make sure we prosecute”.- The Sun