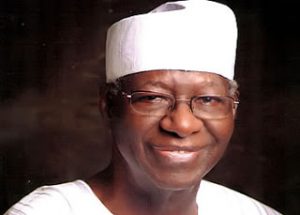 Former Board of Trustees chairman of the Peoples Democratic Party, Chief Tony Anenih is alive, his political associates has said.
The associates said they spoke to Chief Anenih after the social media was hit with rumors that Chief Anenih has died of cancer in a London hospital.

Edo State chairman of the PDP, Chief Dan Orbih, and Barrister Vincent Akhere said they spoke with Chief Anenih.
They described the rumored death as a total fabrication and handiwork of mischief makers.

Akhere confirmed that Chief Anenih travelled to London on Tuesday and that he would be back in the country at the weekend.

Akhere said, “I spoke with him on phone about 15 minutes ago. Chief is well, alive and kicking. We even joke over the matter. It is true that Chief had a surgery not too long ago but is fine now.”

Chief Orbih simply said that the rumour was unfortunate, adding that the people behind it should ask God for forgiveness. -Nigerianeye