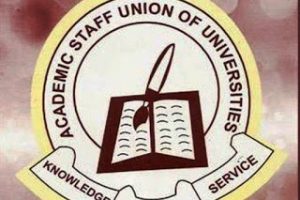 The Academic Staff Union of Universities (ASUU), Nasarawa State University, Keffi chapter, said on Wednesday that members would only suspend their ongoing strike when they receive bank alerts of the 20 per cent out of the total Earned Academic Allowance (EAA) owed them by the institution.

Dr Theophilus Daniel-Lagi, branch Chairman of ASUU, made this known on Wednesday while addressing newsmen at the end of the union’s meeting in Keffi. Daniel-Lagi said that the union had shifted its ground to receive the 20 per cent out of the 40 per cent, while the remaining 20 per cent would be paid by December following the intervention of the University Governing Council and other stakeholders in the state.

“The aim of this meeting is to brief members of the union on the outcome of our meeting between the state University Governing Council, some state stakeholders and some traditional rulers, among others. “On May 23, 2016, a meeting was called at the instance of the Chairman of the Governing Council of the University, Bishop Mathew Kuka, and those who were in attendance for a positive way forward included the Emir of Keffi, Dr Shehu Chindo Yamusa III and Etsu Karu, Pharm. Luke Panya Baba.

“Others are the pioneer Vice-Chancellor of the university, Prof. Adamu Baikie, and ASUU executives, and the aim of the meeting was to find solutions on how to resolve the impasse between ASUU and the university’s administration.

“In summary, in the spirit of industrial harmony, we have agreed with some issues and agreed in principle to suspend the strike subject to certain conditions that 20 per cent of our allowances should be paid before we suspend the ongoing strike.

“Forty per cent was supposed to be liquidated by March based on the agreement we had with the university administration but we shifted ground this time around because of the intervention of the spirited individuals, elders and traditional rulers, among other stakeholders.

“So, the ball is in the hands of the university administration and the state government as they said they have the money. Pay us the money and then we will go back to work and we will only suspend the strike if our members see or receive their bank alert,’’ he said. Daniel-Lagi called for cooperation and understanding of the members of the public towards the ongoing strike, adding that the indefinite strike was in the interest of the institution and education in the state.

The ASUU chairman restated their commitment to continue to give students and the university community their best so as to improve on the standard of education in the state. On March 7, ASUU of Nasarawa State University embarked on an indefinite strike.

The demands include the general funding of the university, review of the university law to conform with the 2003 Act as obtained in other public universities, promotion guidelines, tax relief and Earned Academic Allowance. -nigerianeye