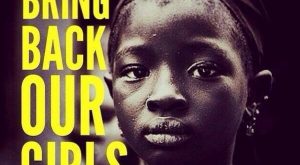 One of the missing Chibok girls kidnapped by Boko-Haram has been found in Sambisa, Nigeria. Activists say, the first to be rescued since their capture  two years ago.

The 276 girls remain missing after their abduction from a secondary school in north-east Nigeria in April 2014.

Activists told the BBC that Amina Ali Nkek was found by a vigilante group on Tuesday in the Sambisa Forest, close to the border with Cameroon.

The girls were taken by militants from the Boko Haram Islamist group.

Amina was reportedly identified by a civilian fighter who recognised her. The fighter belonged to the Civilian Joint Task Force (JTF), a vigilante group set up to help fight Boko Haram.