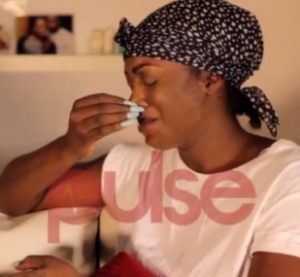 Tunji Balogun, TeeBillz might soon get an invitation from the men of the Economic and Financial Crimes Commission (EFCC) over an unpaid N45million debt.

Going by the revelations made by Tiwa Savage, embattled wife of the ex-artiste manager, the EFCC have information on the alleged unpaid loan.

In the words of the Nigerian songstress, who opened a can of worms on her hubby’s financial challenges, ‘he went to borrow N45m from someone and he’s lost the money.‘

The singer further said her brother called her from the UK to confirm an account allegedly owned by Tunji Ibrahim Balogun and which is currently been investigated by the EFCC.

‘The last one that happened that I think really triggered this whole thing was that he went to borrow N45m from someone and he’s lost the money.’

‘I just found out. I was in the studio recording and got a call that EFCC is investigating that TJ is in big trouble that people may hurt him. So in my frantic move to try and suppress the situation no one could help raise the N45m he went to borrow.’