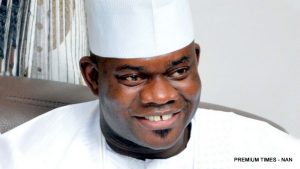 The Kogi State government says the state chairman of the Nigerian Labour Congress, Onuh Edoka, is a “ghost worker”, and has fired him.

Mr. Edoka was one of about 9000 people sacked following a screening exercise to weed out illegal workers from the 21 local government areas of the state.

Mr. Edoka, who serves as head of both the Medical Health Workers Union and the NLC in the state, said he was employed in 1989, and currently serves as a Disease and Surveillance Officer in the state.

He said he was baffled by the result of the screening exercise headed by Paul Okuntimo, a retired general, who gained notoriety for his role in the incarceration of the late activist, Saro Wiwa.

“The General’s committee claims that I submitted the wrong bank statements. But they only asked for my statement of accounts for the past two years which I submitted,” Mr. Edoka said in a telephone interview with PREMIUM TIMES on Wednesday.

Speaking on behalf of the state chapter of the NLC, Mr Edoka said the workers union would take to the streets to challenge the government’s actions.

“The government just got a bailout based on the current staff strength. Suddenly they want to retrench workers to divert the funds even though some of these workers have not been paid for over 23 months,” he said.

“The NLC is saying that these people are not ghost workers. They are living beings and we are ready to bring them out on the streets of Lokoja so that the world can see that they are not ghosts but real workers of Kogi state,” Mr Eboka said.

The government said the screening process was transparent and designed to identify persons who gained employment or obtained promotions fraudulently.

Gbenga Olorunpomi, a media aide to Gov. Yayaha Bello of Kogi State, said some of the workers who failed the screening exercise did not furnish the committee with the required information.

“For example, many of them refused to supply their BVNs [Bank Verification Numbers]. This automatically brings up the question of why they don’t have BVNs if they don’t have anything to hide,” he said, adding that the current list is merely a preliminary list and that the said workers would be given the opportunity to rectify any deficiency.

“The governor has assured the people that no legitimate worker in Kogi state will be sacked. But there are some people who got into the system fraudulently. For those people, we have no apologies,” Mr. Olorunpomi said.

A new list, which will clarify the reasons for the screening failure, is expected to be released within the week. -Premium Times

Coutinho’s switch deal hits $192m, could arrive Barcelona as we...

Appeal Court reinstates use of hijab in Lagos schools