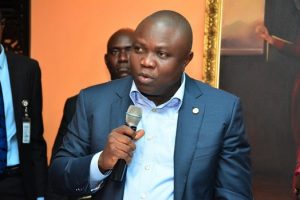 The Lagos State Government has lifted the restriction order on human and vehicular movement during the May Monthly Environmental Sanitation Exercise scheduled for Saturday (May 28th).

This is contained in a statement issued in Lagos on Friday by Tunde Awobiyi, the Director, Public Affairs and Research, Ministry of the Environment.

According to the statement, the lifting of the restriction of movement is due to the National Business and Technical Examinations Board (NABTEB) Examination holding across the country on Saturday.

It said that the decision was made to allow for free movement of examination materials and also for students, invigilators and other stakeholders to participate effectively in the examination.

The Commissioner for the Environment, Dr. Babatunde Adejare, according to the statement, however, urged Lagosians to still observe the exercise by cleaning their homes and clearing the drains in their neighbourhoods.

He said that this was important in order to prevent flooding in the state and allow free flow of water as the rainy season gathers momentum.

The statement quoted the commissioner as saying that “the state government waived the restriction order so as not to jeopardise the future of the candidates whose counterparts in other parts of the federation will write the same examination”.

It said that the monthly sanitation exercise would continue in June.