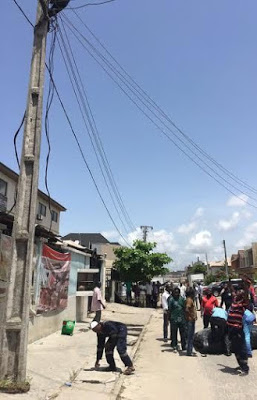 The Lagos state Fire service and PHCN officials have been called to the scene where an unknown man is attempting to commit suicide at Adebisi Oguniyi Crecent Lekki Ikate Round.

According to twitter user @Kenegbas, who shared new photos, officials from both agencies appear to be at a loss as to how to rescue the man from the electric pole. Residents of the area have now provided Inflatable trampoline so the man can jump down. The man has refused to come down. More photos after the cut 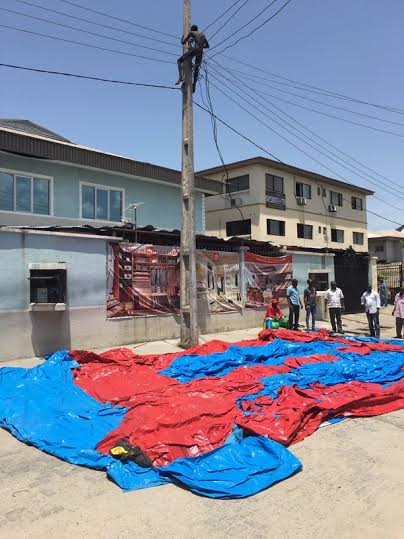 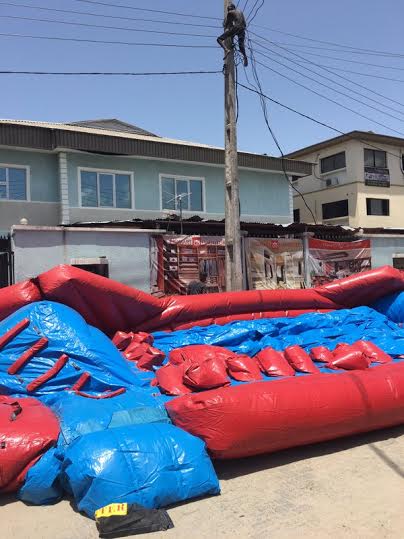