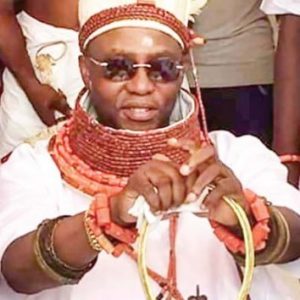 Following the official announcement of the passage of the Oba of Benin last week, the man who will step into his shoes has emerged and his name is Ehenenden Erediauwa, Nigeria’s former Ambassador to Italy.

According to an insider who spoke to Loud whispers: “The Oba designate has served Nigeria in various capacities including working as Nige­ria’s Ambassador to Italy. He is the late Oba’s first son and the Edaiken of Uselu.

“Ehenenden is a man who has paid his dues. His credentials also speak for him. After a rigor­ous and keen process, he has been selected as the man who will step into the shoes of the late Oba of Benin.”

Meanwhile, reasons are beginning to emerged on why the death of the late Oba was such a top secret. According to the same source: “The real reason his death was kept a secret was because they want to avoid fights over the throne from contenders to the throne.’’

The source added that a long time ago in Benin history, such announcements had resulted in bloody and violent fights that culminated in destabilizing the kingdom, hence, it became a tradition that when the Oba dies, his death is not announced until a worthy successor is chosen.

“The new law was enacted to allow for a peaceful and seamless transition. In fact, in those days, the first son never got to meet his father the Oba until the Oba is dead but due to western civilization, these practices have been watered down,” the source revealed.

Another reason for the secrecy trailing the Oba’s exit according to the source is that ascend­ing the throne is not a tea party. The Oba elect has to perform cleansing rituals to prepare and fortify him for the challenges of his new office. -The Sun

Dangote, Nwoye, others donate to poor in Kogi