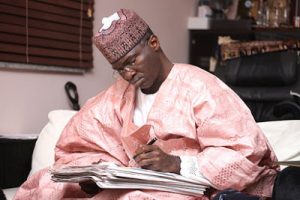 The Minister of Power, Works and Housing, Babatunde Fashola, said that with the new roadmap designed by his ministry, Nigerians will soon start to enjoy “incremental” power supply.

He says incremental power supply is such that every megawatt of electricity supply is harnessed and made available to the people.

Fashola, however, said for the incremental power supply to work, every wrong which had been done in the power sector before his appointment had to be corrected.

The minister spoke while delivering a lecture on “Nigeria’s electricity challenge: A roadmap for change” on Thursday at Oriental Hotel, Lekki, Lagos.

According to his Special Adviser on Communications, Hakeem Bello, Fashola said all he had been doing since five months ago was identifying and analysing the problems in the power sector so that solutions could be provided.

The result of the months of analysis has led to the new roadmap for the power sector, the minister said.

He said, “I believe we must depart from the routes we had previously travelled if we must overcome the electricity challenge and I am optimistic that we can.

“In charting the roadmap for change, I am of the view that we must first tell ourselves what is wrong. The simplest way I can put it is to say that we do not have enough power.

“Since 1950 when the Electricity Corporation of Nigeria, the predecessor of National Electric Power Authority and Power Holding Company of Nigeria, was created, the maximum energy we have generated stands at 5,074 MW, which was achieved in February 2016 this year. This is not enough to power a country whose population is in the hundreds of millions and is still growing.”

Fashola added that with the implementation of the new roadmap, Nigerians would to get “incremental” power supply, which would later progress to “uninterrupted” power supply.

He said, “So in answer to the big question, ‘What is the roadmap?’ I say it is getting ‘incremental power,’ in a way that every megawatt of power must be harnessed and made available to our people.” -Nigerianeye