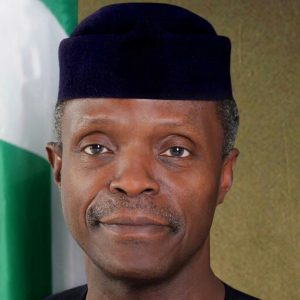 Vice President Yemi Osinbajo released a statement yesterday explaining the rationale for the new fuel pricing and supply framework introduced by the Federal Government on Wednesday.

The new deregulation policy saw the price of petrol skyrocketing from N86 per litre to N145.

The statement, personally signed by Mr. Osinbajo, is the first explanation by the presidency since the policy took effect midweek.

In the statement, entitled, “The Fuel Pricing Debate: Our Story”, Mr. Osinbajo said he had followed the various observations about the fuel pricing regime and the attendant issues generated but that as far as the presidency was concerned, what was most important is how to shield the poor from the worst effects of the policy.

“I will hopefully address that in another note,” he said.

The vice president then explained why the new pricing regime was introduced, and why it should be supported.

Read his full explanation below.

I have read the various observations about the fuel pricing regime and the attendant issues generated. All certainly have strong points.

The most important issue of course is how to shield the poor from the worst effects of the policy. I will hopefully address that in another note.

Permit me an explanation of the policy. First, the real issue is not a removal of subsidy. At $40 a barrel there isn’t much of a subsidy to remove.

In any event, the President is probably one of the most convinced pro-subsidy advocates.

What happened is as follows: our local consumption of fuel is almost entirely imported. The NNPC exchanges crude from its joint venture share to provide about 50% of local fuel consumption. The remaining 50% is imported by major and independent marketers.

These marketers up until three months ago sourced their foreign exchange from the Central Bank of Nigeria at the official rate. However, since late last year, independent marketers have brought in little or no fuel because they have been unable to get foreign exchange from the CBN. The CBN simply did not have enough. (In April, oil earnings dipped to $550 million. The amount required for fuel importation alone is about $225million!) .

Meanwhile, NNPC tried to cover the 50% shortfall by dedicating more export crude for domestic consumption. Besides the short term depletion of the Federation Account, which is where the FG and States are paid from, and further cash-call debts pilling up, NNPC also lacked the capacity to distribute 100% of local consumption around the country. Previously, they were responsible for only about 50%. (Partly the reason for the lingering scarcity).

We realised that we were left with only one option. This was to allow independent marketers and any Nigerian entity to source their own foreign exchange and import fuel. We expect that foreign exchange will be sourced at an average of about N285 to the dollar, (current interbank rate). They would then be restricted to selling at a price between N135 and N145 per litre.

We expect that with competition, more private refineries, and NNPC refineries working at full capacity, prices will drop considerably. Our target is that by Q4 2018 we should be producing 70% of our fuel needs locally. At the moment even if all the refineries are working optimally they will produce just about 40% of our domestic fuel needs.

You will notice that I have not mentioned other details of the PPRA cost template. I wanted to focus on the cost component largely responsible for the substantial rise, namely foreign exchange. This is therefore not a subsidy removal issue but a foreign exchange problem, in the face of dwindling earnings.