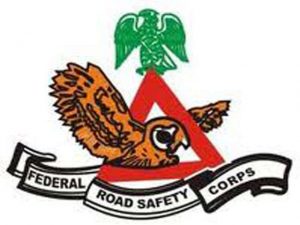 No fewer than 254 people have died in various traffic accidents in Kaduna, Kano, Katsina and Jigawa States in the first quarter of 2016, the Federal Road safety Corps said on Saturday.

Victor Nwokolo, the Zonal Commanding Officer RS 1, announced this in Kaduna at the flag off of a special operation curb road accidents in the zone.

He said that 305 road traffic crashes were recorded during the period in which 1 322 persons were injured.
Nwokolo said that the special operation was to clamp down on motorists using substandard tyres, and those engaged in over loading and over speeding, which were the major causes of traffic accidents in the zone.
According to him, 31% of the accidents were due to tyre burst, 11% caused by speed limit violation, and 25% due to loss of control by drivers.

“The purpose of this operation is to clamp down on, used, substandard tyres, over speeding and overloading.
“This must be checked for the safety of the lives of Nigerians.

“We are also going to check under-inflation and over-inflation of tyres because it also contribute to tyre burst.“

The FRSC chief advised motorists to stop patronizing traders selling used and substandard tyres, and also refuse to buy any tyre that was up to four years old.

“We are also here to enlighten and educate motorists and the general public on the importance safe driving, which is necessary to save the lives of motorists and passengers.

“We are going to apprehend those that are found wanting, they will be fined and prosecuted.“ Nwokolo said.
The zonal commander said that the operation would continue until the rate of accidents in the zone “is controlled to the barest minimum”.

In his remarks, Kaduna State Chairman of National Association of Road Transport Owners (NARTO), Alhaji Babangida Jafar, urged the FRSC to collaborate with Standard Organization of Nigeria to rid Nigerian markets of used and substandard tyres.

He said that the Federal Government must tighten control at the borders to prevent the importation of such tyres into the country.

“We loose our vehicles, drivers and third parties because of those factors,” he said, and pledged to support the new campaign launched by the FRSC.

He urged members of the union and drivers to be law abiding, adding that the operation was meant to prevent avoidable traffic accidents and save lives. -Nigerianeye