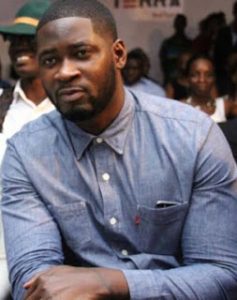 Tiwa Savage’s husband, Teebillz, was reported to have tested negative to hard drugs.

This disclosure was made known by cool FM’s On-Air Personality, OAP, Freeze, on his Instagram account @daddyfreeze on Wednesday.’

He wrote: “This comes from an unconfirmed source who saw them at a lab in VI. “Furthermore, an insider who chose to remain anonymous, said he tested negative to cocaine and every other hard drug. “We should continue to keep them in our prayers as we await a proper confirmation from his camp,” the OAP added.

It would be recalled that The NET had earlier reported that sources close to Teebillz revealed they were working to help him recuperate and get rehabilitation.

The report had said, “Close friends have now moved Teebillz to an apartment in 1004 estate in Victoria Island, Lagos, with the support of Paul Okoye, Psquare‘s Peter, Banky W, Cecil Hammond and Omawumi‘s husband, Tosin Yusuf. “Teebillz is in a good place now, getting all the love and support he needs. “They want him to have his life back. He’s definitely going into rehab,” the friend was quoted to have said.