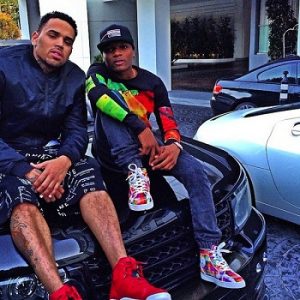 For the fourth time, Nigerian superstar Wizkid will share the stage with popular American singer Chris Brown in Amsterdam.

The duo will perform together during Chris Brown’s One Hell of a Nite concert inAmsterdam alongside top acts like French Montana, August Alsina, among others in June.

Their chemistry on stage however dates back to 2013 when Chris Brown visited Nigeria. During his performance, he brought on Wizkid as a surprise act as they both performed Wizkid’s hit song ‘Azonto’.

That same year, they both headed to Ghana and repeated the ‘Azonto’ surprise.

Then in April 2015 during Chris Brown’s tour of South Africa, he and Wizzy premiered their yet-to-be-released song ‘African Bad Girl’.