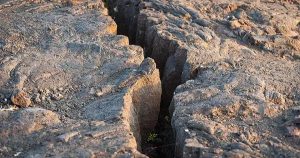 The News Agency of Nigeria (NAN) reports that the communities included Medina, Balako, Salam Salam, Dauru-Salam and parts of Okesuna.

The residents told NAN that with the threat, the likelihood of earthquake was not impossible, as the noise being heard from beneath the earth surface was frightening.

A housewife, Fatima Ishola, said noise from below the earth surface had been on the increase in the last couple of months.

“But it got to an alarming level this week and particularly today (Wednesday) when the underground noise and movement became too enormous and unbearable,” she added.

Another resident, Mr. Ismail Muideen, appealed for government intervention, noting that residents had fled their homes.

The Deputy Speaker of the Oyo State House of Assembly and an indigene of the area, Mr. Musah Abdulwasi, confirmed the development to NAN.

He said: “I have been to the areas with senior members of the Geology Department from the University of Ibadan.

“They hinted that there is likelihood of heavy movement of rocks in the water channel beneath the ground in the affected areas.

“They advised that evacuation of residents is the only solution to tremor and possible earthquake after establishing degree of tremor.

“Honestly, they told us that no one could ascertain for now the degree of the tremor and whether it will lead to earthquake or not.”

“Besides the Ministry of Environment, the National Emergency Management Authority (NEMA) has visited the area.

“They promised to plant a device that will be used to monitor the tremor level. They said the situation might not be as bad as thought.”

He, however, confirmed that a middle-aged man died, following the incident.

Adekoge said: “I think the man was hypertensive and could not bear the threat of the noise and movement. So we lost him to the incident.

“I heard some people are relocating, but it is only tenants that can do that; will a landlord relocate leaving his property behind?”