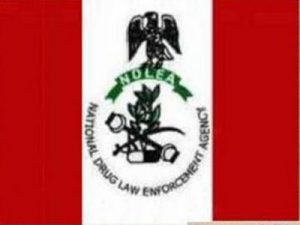 The National Drug Law Enforcement Agency (NDLEA),  said Tuesday that it has arrested 8,778 suspected drug traffickers comprising 8,143 males and 635 females in 2015.
A total of 903,624.56kgs of narcotic drugs was equally seized in the period under review.
The seized drugs are as follows; cannabis 871,480.32kg, psychotropic substances 30,652.93kg, ephedrine is 785.10kg, methamphetamine 410.82kg, cocaine 260.47kg, heroin 30.09kg and amphetamine 4.83kg.
The Agency also won 1,690 cases prosecuted in 2015.NDLEA Chairman and Chief Executive Col. Muhammad Mustapha (retd) made the disclosure at a meeting in Lagos to flag off activities marking the 2016 International Day Against Drug Abuse and Illicit Trafficking.
According to the NDLEA boss who said that the World Drug Day is for self-appraisal on how the country has suppressed illicit production and trade in narcotic drugs gave the campaign theme as Listen First. This theme focuses on drug abuse prevention and places a responsibility on parents, guardians, opinion leaders and stakeholders to listen to the views of persons with drug abuse problem with a view to helping them overcome drug use.
“Substance abuse is an equal opportunity ailment with medically certified preventive and treatment solutions. This theme is a timely caution for persons who may be provoked by the involvement of their loved ones in drug abuse into treating them harshly and unconventionally.
“Lets listen to them and share in their pain as we take necessary steps in drug abuse counselling, treatment and rehabilitation” Muhammad stated. The Agency also introduced a drug support group called The Drug Anonymous Support Group.
This is for people who are trying to remain in remission from drug dependency and use but need peer support assistance and encouragement to cope with the everyday pressures associated with illicit drug use.
This affords them a platform, continuous help without fear of inhibition as this group provides a safe environment where their individual challenges and problems can be discussed and addressed.  The week long programme of event has been streamlined for greater impact to include a sensitization road walk, campaign in mosques on Friday and in churches on Sunday. The grand finale which is Sunday June 26 has been shifted to Monday June 27.Abdallah said notwithstanding the numerous challenges, Nigeria is championing the war against illicit drugs and will sustain the lead ahead of drug syndicates.
“Let me reassure members of the public that the Agency shall continue to intensify its intelligence gathering and management machinery. We shall unmask more faces behind the obnoxious drug trade and prosecute them.
” Our advocacy and sensitization programmes shall also be expanded. We are doing everything to secure the future of our great country from the wicked clutches of drug trafficking and abuse” he assured. The Agency observed that most people have abandoned their enviable career due to substance abuse.
The chairman said : ” Marriages have broken up and others are on the verge of breaking up because of drug use.
“Worst still, many people have been maimed and even lost their lives either by taking drugs or due to carelessness of those under the influence of narcotics. “
He added that these adverse consequences would have been averted if only there were listening ears to persons with drug abuse problem. -The Nation