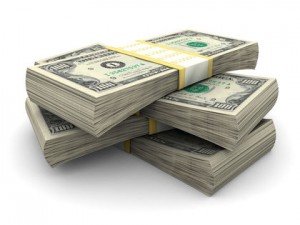 Nigeria’s central bank has sold an undisclosed amount of hard currency on the interbank market to ease dollar shortages and provide importers the dollars to pay for the products they bring into the country, traders said on Tuesday.

The naira ended at 282.50, slightly weaker than the 281 naira to the dollar it first traded at on Tuesday, more than three hours after market opened at 0800 GMT.

The central bank has been selling dollars on the interbank market since it ended its 16 month-old currency peg last week, and it sold again on Tuesday, asking currency traders for bid-offer quotes from them at around 1118 GMT.

A total of $51 million traded on the interbank market just before the market closed, which traders attributed to central bank’s intervention.

The old currency peg had set a rate of 197 naira to the dollar, which over-valued the naira and led to a shortage of dollars that choked off growth in the economy. The shortage was exacerbated by plunging prices for oil, Nigeria’s biggest export and its main source of hard currency.

Nigeria abandoned the peg to allow the currency to trade freely on the interbank market, but lack of liquidity has curbed activity, traders say, leaving the central bank as the main supplier of hard currency.

Removing the peg has narrowed the gap between naira rates available on the official and black markets. Even so, the naira was trading 20 percent lower on the unofficial market than it was on the interbank market on Tuesday, at 355 naira to the dollar.

The central bank on Monday introduced an over-the-counter futures market for the currency, to help manage dollar demand, quoting the naira firmer at 279 to the dollar in a month’s time and at 210 naira by April next year. -Reuters