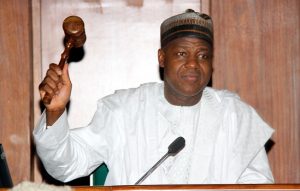 Eminent Nigerians and groups including the Sultan of Sokoto-led Jama’atul Nasril Islam (JNI), the apex Christian body, Christian Association of Nigeria (CAN), Speaker of the House of Representatives, Yakubu Dogara, former Abia State governor, Dr. Orji Uzor Kalu and the Muslim Rights Concern (MURIC) and have lent their voices to the con­demnation of the killing of 74-year old Igbo market woman, Mrs. Bridget Agba­hime for allegedly blasphe­my Prophet Muhammed.

Agbahime was lynched last Thursday in a Kano market by mob in presence of her husband over false alarm by someone she had an argument with.

While JNI described the action as unfortunate, criminal and un-Islamic, the CAN noted that the killing of Christians under flimsy excuse was barbaric, unacceptable and called for the prosecution of those arrested in connection with the killing.

In a statement issued in Ibadan by its Direc­tor, Prof. Ishaq Akintola, MURIC urged the police to get to the root of the matter and deal with the culprits according to the law to prevent future oc­currence. “Nobody has the right to take the law into his or her hands; Muslims should not stand and watch while some misled Muslims smear the name of Islam”, Akintola said.

Kalu, in a statement issued yesterday, said: “Nobody has a right to take the life of another under whatever guise unless sanctioned by a court of competent jurisdiction. The Kano killing is totally unacceptable to any decent human being, and is against the laws of Nigeria. The Holy books of all religions abhor and forbid taking of innocent lives, therefore no one or group of people should be allowed to vio­late the laws of Nigeria un­der religious pretence. This regrettable incident has the capacity to further height­en tension in the country, deepen the ever widening national fault lines and send a very wrong message to an already disenchanted population.”

The former Abia State governor expressed his heartfelt condolences to the family of Agbahime and prayed God to grant them the fortitude to bear the lose.

While commending Pres­ident Muhammadu Buhari for swiftly condemning the killing and the Kano State Government for conven­ing a stakeholders meeting over the issue, Kalu urged the relevant authorities to ensure that the perpetrators are fished out and brought to book.

“Because religion was wrongly evoked by those that committed this crime, I also call on the Islamic leaders everywhere in Nigeria and particularly in Kano, to rise and publicly condemn this barbaric act and distance such crimi­nality from Islam which forbids the taking of innocent lives. At a time like this, national lead­ers should take the high moral ground and ensure that acts this are roundly condemned and eradicated. It is by so doing that we will ensure the essence of hu­man sanctity,” he stated.

Also, Dogara said: “We live in a society governed by clearly stated rules and laws. When such crimes of high magnitude, or any at all, are allowed to go unpunished for any reason, we risk descending into a state of lawlessness and anarchy where anyone can assume the role of judge, jury and executioner.

“The rule of law must prevail. I urge all security agencies to ensure that they carry out a thorough in­vestigation into the events that led to her untimely death and ensure that the perpetrators of this crime are brought to face the full wrath of the law.”

JNI in a statement signed by its Secretary-General yesterday in Kaduna, said it was hardly believable that such dastardly acts could happen in the name of religion, considering the various enlightenment pro­grammes on interfaith and mutual co-existence being put in place by the Muslim scholars and the leadership.

“In the light of the above, we commend the various untiring efforts of the Kano and Niger state govern­ments and also the Ulama in nipping in the bud, the unfortunate crises that would have engulfed both states…

“The Sultan of Sokoto and President-General, JNI calls on all to remain calm and avoid all actions that could lead to the breach of law and order. The gener­ality of Muslims are also implored to fervently pray for the restoration of peace and security in Nigeria bearing in mind that with­out Nigeria there will be no Nigerians. On the other hand, respective state gov­ernments must rise to the occasion in protecting the lives of the citizenry, for it is a primary constitutional responsibility upon which their legitimacy is derived,” the JNI statement added.

Addressing journalists in Kaduna, regional spokes­man of CAN, Rev. John Joseph Hayab, wondered why such gruesome and barbaric incident always feature in Kano, a foremost commercial city in the country.

Hayab noted that infor­mation made available to the group indicated that Agbahime was deliberately killed.

The CAN spokesman called on the state govern­ment to, apart from arrest­ing the key suspect, fish out other perpetrators and prosecute them in accor­dance with the law of the country.

He also called on the police to at all times, carry out their constitutional role of safeguarding the lives and properties of Nigerians without fear or favour.

The CAN’s spokesman said: “We got it on good authority that the slained woman never blasphemed the Prophet Mohammed. That the mastermind of the killing was fond of always provoking the deceased and so, on that fateful day, we learnt, the said man was do­ing ablution in front of the woman’s shop and was cau­tioned. That was all. The man raised the alarm that she blasphemed Prophet Mohammed.”

The cleric added: “The man deliberately provoked the woman in question just to carry out that gruesome and barbaric acts.” -The Sun