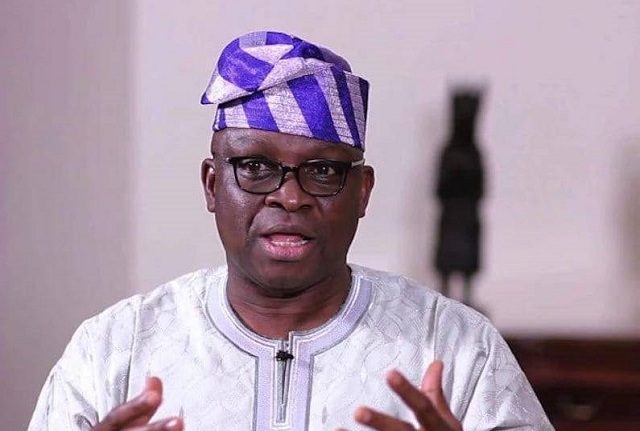 Civil servants in Ekiti State have decided to suspend their four weeks of industrial action following the signing of an agreement with the state government.

The leadership of organised labour and the government signed an agreement to a seven-point deal, at a meeting on Friday in Ado-Ekiti.

Out of the seven deals adopted at the meeting, one stated that no worker or representative of labour would be punished or victimised as a result of the strike.

The Secretary to the Government, Modupe Alade; the Head of Service, Gbenga Faseluka; and the Chief of Staff, Dipo Anisulowo, were representatives of the government at the meeting.

A copy of the memorandum of understanding (below) made available to pressmen indicated that the parties agreed that the state government would within seven days conclude its request with commercial banks to restructure personal loans granted public servants with a view to giving them relief from loan repayment.

Under the agreement, the government is expected to pay two months’ salaries with that of January 2016 to be paid immediately after the suspension of the strike. 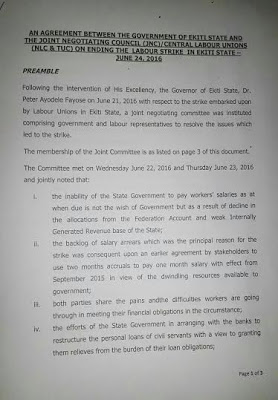 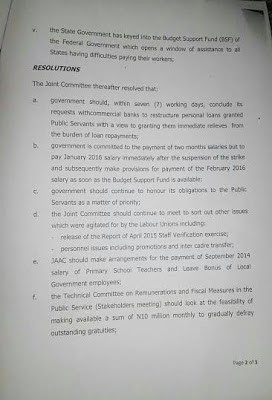 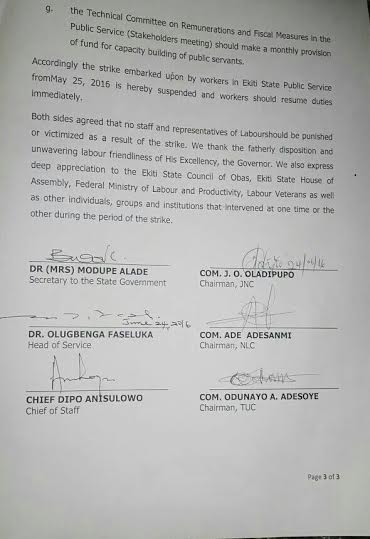 20 relations in deadly crash on technique to Christmas Day mass