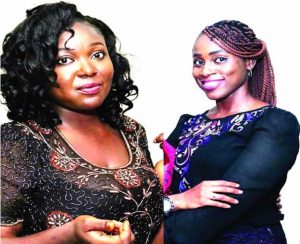 The Lagos State Government on Wednesday said a breach of standard safety practice by the Elegushi Beach operators caused the death of the two University of Lagos postgraduate students.

The state Commissioner for Waterfront and Infrastructure Development, Mr. Ade Akinsanya, who made the remark, added that the government would thenceforth mete out heavy punishment to any operator that failed to comply strictly with the standard safety measures.

It can be recalled that the students – Adesola Ogunmefun and 25-year-old Funmilayo Odusina – were having fun at the beach with their birthday friend, Bolu, on Sunday, June 5, when they were submerged by strong tides which swept them into the Atlantic Ocean.

While Bolu survived, Ogunmefun and Odusina, who were on the verge of bagging their Master’s degrees in International Law and Diplomacy from UNILAG, gave up the ghost before they could get medical treatment. They graduated in 2011 from the Covenant University, Ota, Ogun State, where they studied International Relations.

Speaking on the backdrop of the incident, the commissioner, in a statement on Wednesday, said the operators of the beach and other public spaces earmarked for leisure must pay adequate attention to safety measures to forestall a recurrence.

He said the government had the responsibility of safeguarding lives and property and would no longer condone avoidable deaths.

He said, “There is no doubt that the operators of the beach in question failed to adhere to standard safety practice. The Lagos State Government, through its safety commission, sets safety standards for all sectors involved in socio-economic activities in the state.”

Commiserating with the families of the deceased, Akinsanya urged operators to ensure that lifeguards, first aid medical facilities with qualified hands, as well as a wave alarm system were provided at beaches.

“Henceforth, the Lagos State Government shall not hesitate to take appropriate actions against operators of beaches and other public places who fail to comply with the state’s safety regulations.

“Once again, on behalf of His Excellency, Governor Akinwunmi Ambode, we express our heartfelt condolences to the families of the deceased and pray that God should grant them the fortitude to bear the irreparable loss,” Akinsanya added.