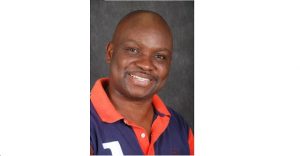 Ekiti State Governor, Mr. Ayodele Fayose, has urged workers in the state to call off their strike and hold talks with the government, saying the debt he inherited from the administration of Kayode Fayemi, had been affecting his government.

Fayemi is the current minister of solid minerals.

While saying that the issue of irregular payment of workers was not limited ‎to Ekiti alone, the governor urged the workers to note t‎hat the country was in a recession and that the state depended much on statutory federal allocation.

He said it was not possible to pay all the workers at once because civil servants who were on strike had critical roles to play in the disbursement of the funds.

The governor noted that until the workers resumed, nothing could be done about payment of their salaries.

“I did not hide anything from the labour leaders; what our dear state is experiencing now had been aggravated by th‎e mindless borrowings of the immediate past administration in the state,” he said in a statement issued on his behalf by Idowu Adelusi, his chief press secretary.

“Ekiti state pays about N1 billion monthly to service the bond and the commercial loans the last administration took, if that did not happen, we would have had such money to add to our monthly allocation.

“During my first term in office, I was paying salary regularly and on the 22nd of every month and workers never went on strike.

“I sympathise with the workers and regret the inconveniences the current financial situation in the country is causing them.

“However, workers need to come to term with the reality on the dwindling allocations coming to the state because even two months allocations can no longer pay one month salary.

“I implore workers and their leaders to note that even the recent nationwide strike on fuel price increase was called off for the two sides to go into negotiation and dialogue.” -Cable