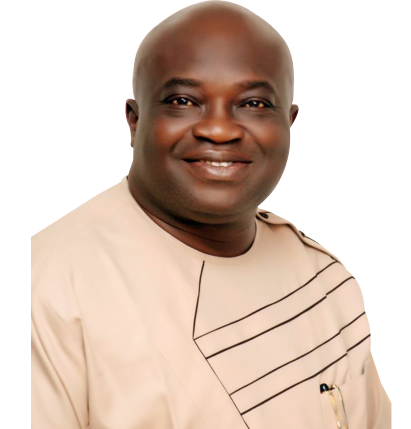 An Abuja Federal High Court  has ordered the Governor of Abia State, Okezie Ikpeazu, to vacate office immediately for submitting false information to his party, the Peoples Democratic Party, for the party’s governorship primary in December 2014.

Justice Okon Abang in a judgment on Monday ordered the Independent National Electoral Commission to immediately issue a certificate of return to the plaintiff, Uche Ogah, who polled the second highest number of votes in the primary.

The plaintiffs contended that Mr. Ikpeazu was not fit and proper, having failed to pay his personal income tax for two years in line with the demand of the Constitution of Nigeria.

Two members of the PDP had accused Mr. Ikpeazu of failing to pay per­sonal income tax promptly as and when due for 2010 and 2011 in line with Section 24(f) of the 1999 Constitution, which states that “It shall be the duty of every citizen to … declare his income honestly to appropriate and lawful agencies and pay his tax promptly.”

In suit no. FHC/ABJ/ CS/1086/2014, dated Decem­ber 22, 2014, and instituted at the Federal High Court, Abuja, two individuals, Obasi Eke and Chukwuemeka Mba, had asked the PDP and INEC to disqualify Mr. Ikpeazu from contesting the governorship election.

They further asked the court for “A declaration that the 3rd de­fendant (Mr. Ikpeazu), having failed and/or refused to pay his personal income tax promptly as and when due for the years 2010 and 2011 in compliance with the mandatory provisions of Section 24(f) of the CFRN, 1999, as amended, as well as Paragraph 13 of Part IV of the Electoral Guidelines for Primary Elections 2014, is not a fit and proper person to contest the gubernatorial election of Abia State in the 2015 general election, and is accordingly disqualified from contesting the election.”

They also asked for an order barring the PDP from presenting Mr Ikpeazu as candi­date for governor in the 2015 election.

Other reliefs sought by the plaintiffs included an order barring INEC from accepting Mr. Ikpeazu as Abia State PDP governorship candidate for the 2015 election.

They also requested a consequential order that the candidate at the PDP primary election of De­cember 8, 2014, who polled the second highest number of votes cast at the said elec­tion should be pronounced the rightful candidate of the party for the governorship election in Abia State.