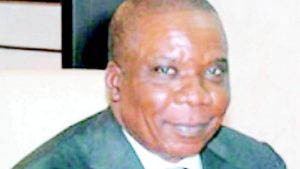 The Federal Government on Monday kicked off legal processes that will enable it freeze local and foreign assets of Jide Omokore and Kola Aluko, allies of former petroleum minister, Diezani Alison-Madueke, who are being investigated in connection with a series of multi-billion dollar petrol import and crude export deals.

Mr. Omokore, who is also an ally of former President Goodluck Jonathan, is the chairman of Atlantic Energy Concept Nigerian Limited (AEDC) and Atlantic Energy Brass Development Limited (AEBD). Both companies were listed as the first and second defendants in the suit.

Atlantic Energy Limited was one of the companies that allegedly received multibillion dollar worth of public assets without due process by the Jonathan administration in 2011.

The company, which was created less than a year earlier and had not produced a droplet of oil, was awarded controlling stakes in two lucrative oil blocks – OML 30 and 34 – for just over $50 million each.

The deal, which was signed by the immediate past minister of petroleum, Diezani Alison-Madueke, gave Atlantic Energy Limited a controlling 55 percent stake in the oil block.

Curiously, Shell, which owned the remaining 45 per cent stake, fetched $1.3 billion for a single field after an open and competitive bidding process.

The Federal Government, alongside its co-plaintiff, Nigerian Petroleum Development Company Limited (NPDC) and Nigerian National Petroleum Corporation (NNPC), filed a motion before a Federal High Court in Lagos, seeking an order of mareva injunction, directing 19 Nigerian banks, eight foreign banks and eight local and international firms to freeze the funds and assets they hold on behalf of the Mr. Omokore, Mr. Aluko, AEDC, and AEDB.

The government is also seeking an order to freeze several local and international luxury properties owned by the defendants, including the Galatica Star, a $50 million “Super yatch” owned by Mr. Aluko and three private jets.

According to the motion ex-parte, Oladipo Okpeseyi, lead counsel to the Federal Government, prayed the court for an order restraining the defendants from “giving any sale or transfer instruction, demanding, accepting or receiving any payment or sale or dividend on the shares owned by the defendants,” in any of any of the eight local and international companies.

The government is also asking the court for an order to “confiscate within seven days of all sums of money and negotiable instruments of credit of the defendants domestic accounts held in 19 domestic banks.  The government estimated the total sum held by the defendant to be $1.76 billion.

Other assets the government is also requesting to be seized are the Galatica Star yatch, a 20-year Berth Lease in Barcelona, Watch collection, a collection of 58 vehicles, a Global Express S5-GMG jet, a Bombadier Global 600 9H-OPE, Bombardier.

When the case came up for hearing, the lead counsel for the defendants, Tokunbo Jaiye-Agoro, told the trial judge, Oluremi Oguntoyinbo, that they were served the motion in court. He, therefore, requested an adjournment for defence counsel to study the motion and come up with its response.

The judge subsequently adjourned the case to the 29 June, 2016 for allow the counsels of the defendants to response to the motion.