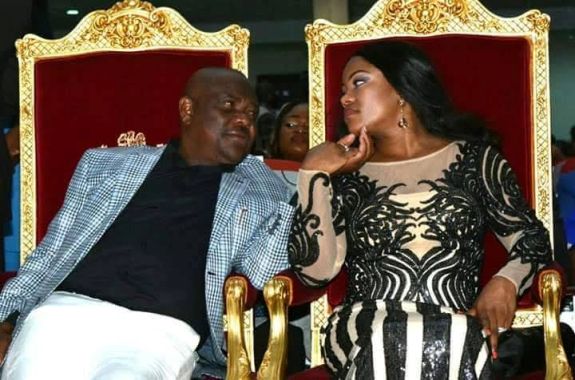 The 2016 African Movie Academy Awards (AMAA) in Port Harcourt, the Rivers State capital was held at the weekend, and it will be remembered for not just the awardees, but the host governor and his wife.

His Excellency Nyeson Ezebunwo Wike and his wife Justice Suzette were ready to shock all who may have thought the public display of affection would end at the mere holding of hands. Springing up from their seats, Wike planted a French kiss on his wife. She responded sharply. Their eyes were closed as they savoured the sudden flight to dreamland.

House Leader Hon. Femi Gbajabiamila and others close to the scene watched with rapt attention. Gbajabiamila, his hand on his jaw, smiled as he watched the scene of affection – and passion.

It was a short scene that ended before many could train their eyes on it. But it perhaps painted His Excellency – who is considered stiff and some could have vowed was incapable of such an open display of love – in another light. Not a few will have trouble reconciling this Wike and the one once hailed as ‘Wicked Wike’ by a colleague in his days as a member of the Dr. Goodluck Jonathan administration.

But believe it or not, this Wike is the same as the author of those “inciting” speeches (“Write your Will if you’re coming to Rivers” and others) before the rerun, the one who boasted of carrying the day at the Supreme Court, which eventually handed him the governorship trophy – to the consternation of his opponents and some legal giants.

This is not the first time Governor Wike will be displaying this public show of affection with his wife, and it appears it will not be the last. 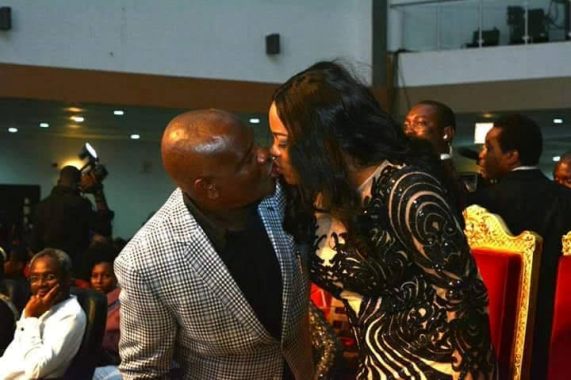 Tinubu Is No God. I Fear Only The God Almighty –...