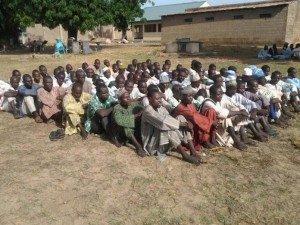 Abubarka stated this at a News Agency of Nigeria (NAN) Forum in Abuja.

He said the operation was to rehabilitate, reintegrate, empower and de-radicalise surrendered members of the sect.

He said,“Nigeria being a signatory to United Nations conventions must comply fully with that portion of the convention.

“Even if you arrest or capture an enemy or prisoner of war, by international law, you are to treat him with all human dignity. You must do that, as long as you are a signatory to UN convention.

“We evolved a policy by the defence headquarter and that operation is called operation ‘Safe Corridor’.

“Operation safe corridor is an operation trying to rehabilitate, reintegrate, empower and de-radicalise those that surrendered and those captured.

“It is not in any way amnesty. We are trying to comply fully with international best global practices and that is why we came up with that.

“`The Chief of Defence Staff, Maj.-Gen. Abayomi Olonishakin with other service chiefs agreed to this and they came up with it, which is the first of its kind since the Boko Haram terror began.

“And very soon, we will have a camp somewhere in the Northeast where they will be kept for empowering and reintegrating and de-radicalising them.’’ -The Nation