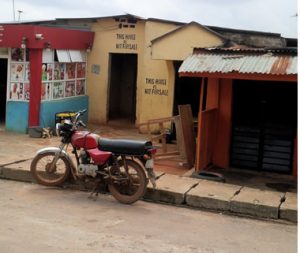 The corpse of a policeman, Sergeant Godspower Okoro, has been deposited at the Mainland General Hospital, Lagos State, for an autopsy to unravel the cause of his death.
It was that Okoro, who was attached to the Alausa Police Division, was found dead in his rented apartment on Baale Street, Ojodu Berger, around 8am on Sunday.
It was gathered that the policeman had returned from duty around 7pm on Friday, reportedly drunk and did not go out until he was discovered dead two days later by his girlfriend.
The girlfriend, who had allegedly complained about his bad drinking habit, reportedly planned to take him to a church that morning.
Most residents were afraid to speak about the incident when our correspondent visited the residence on Tuesday.
However, the landlord’s wife, who identified herself simply as Iya Nimota, said she last saw Okoro around 7pm on Friday when he returned from work.
The woman, who spoke in Yoruba, said except for being drunk most times, the deceased was jovial and peaceful.
She added that Okoro and his girlfriend, whose name had yet to be ascertained, had a misunderstanding on Friday after he was allegedly drunk.
She said, “I don’t know what caused his death but  I know he drank a lot. When he returned from work that Friday, he was drunk. I saw him when he arrived.
“He was supposed to go for a morning duty on Saturday but I learnt he called his superior that he was weak and would not be able to go. It was his girlfriend who came on Sunday that found him dead. She raised the alarm and called for help.
“She said she had a disagreement with him on Friday when they met in Alausa because he was tipsy. She said she wanted to take him to a church for prayers on Sunday when she saw his corpse.
“My husband went to report at the Ojodu Police Station and some policemen came to remove his corpse. Nobody was arrested. He was friendly. Heavy drinking was his major problem.”
Another resident, who did not want his name in print, said the policeman had been cautioned several times to reduce his drinking to no avail.
“He was drunk on that Friday. He fell on the street when he was about to reach home and some people lifted him up. They wanted to take him home, but he refused.
“When he initially moved in here four years ago, he was not drinking. His friends cautioned him to reduce his drinking habit. If he had a wife, probably he would have changed,” he added.
The Lagos State Police Public Relations Officer, SP Dolapo Badmos, confirmed Okoro’s death, adding that a postmortem would be carried out on his body to ascertain the cause of his death.
She said, “At about 10am on Sunday, Sergeant Godspower Okoro attached to the Alausa division was found dead in his room on Baale Street. Detectives from the Ojodu divison visited, examined and photographed the scene. No mark of violence was found on the body.
“The corpse was removed and deposited at the Mainland General Hospital for autopsy.”