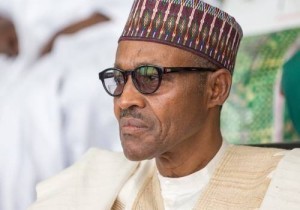 Presidency is considering a legal action against a private lawyer, Mr. Nnamdi Nwokocha who it said has by his press interview prejudiced public opinion against President Mohammadu Buhari for alleged lack of school certificate and declared him guilty on the pages of newspapers.

A Presidential Media Aide, Malam Garba Shehu, while reacting to Nwokocha’s press interviews, in a statement explained that “it is unfair for a lawyer who is a litigant to a case in court to go out of his way to hijack the power of a Judge by declaring the President guilty of what he is accused of.” According to Malam Shehu, “newspaper pages are not alternative courts where a lawyer can declare anybody guilty of anything when the court has not formally given a definitive judgment on an issue before it.”

He stated that “The two-pages interview splashed on pages 56-57 of ThisDay edition of Saturday June 11th breaches a lawyer’s ethical code and we hope that the court and the Bar Association will take notice of this.” The Presidential Media Aide said “any lawyer that sincerely believes in judicial process and the rights of other parties to a case would not have engaged in the inappropriate and unprofessional practice of trial by media, especially a situation where Nwokocha openly declared the President guilty when the court didn’t make that declaration.”

Malam Shehu noted that “gag orders emerged in the United States on account of lawyers’ inappropriate conduct on trying and convicting people on the pages of newspapers or the court of public opinion.” The Presidential Media Aide noted that “free speech is not synonymous with recklessness and wanton abuse of the rights other parties to a case in court.”

He also said that “The litigant’s unabashed claim that he was a card-carrying member of the opposition PDP which lost power in the last election clearly indicates a scheme that seeks power by circumventing the democratic process of elections.” Malam Garba Shehu said “if Nwokocha has not stopped his unfair and professionally inappropriate abuse of free speech, the President’s competent team of lawyers will seek the instrumentality of the law in dealing with his unethical actions.” He said “you cannot be a litigant and be a Judge at the same time.” -Nigerianeye

NEW MUSIC: Phyno – E Sure For Me