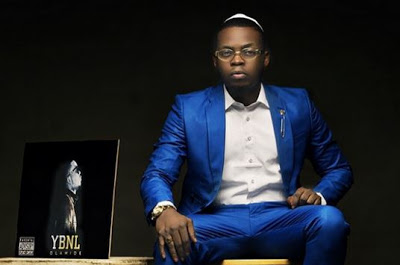 Well like they say, It’s better late than never, YBNL boss, Olamide has officially apologized to Entertainment and Media mogul, Ayo Animashaun and Hip TV, the network behind the highly rated Music Awards show, The Headies.

This comes as a result of the controversy which followed Lil Kesh missing out on the “Next Rated” award at the 2015 Headies, which was held on the 1st of January, 2016 in Lagos.

The award, won by Mavin Records artist Reekado Banks, also prompted a response from Don Jazzy, and well… we all know how that went, but thankfully, it was resolved pretty quickly.

Listen to Olamide tender his apology directly to Ayo Animashaun at the HipTV studios in Lagos.

We didn’t plan to discredit the headies, not to disrespect or mess with their business and all .. Oshey headies God bless ur business mr Ayo 🙌🏽 .. We love y’all @officialhiptv @ayoanimashaun .. Life is too short not to let go of the past .. Moving on to greater things . Spread love ❤️ #YBNL