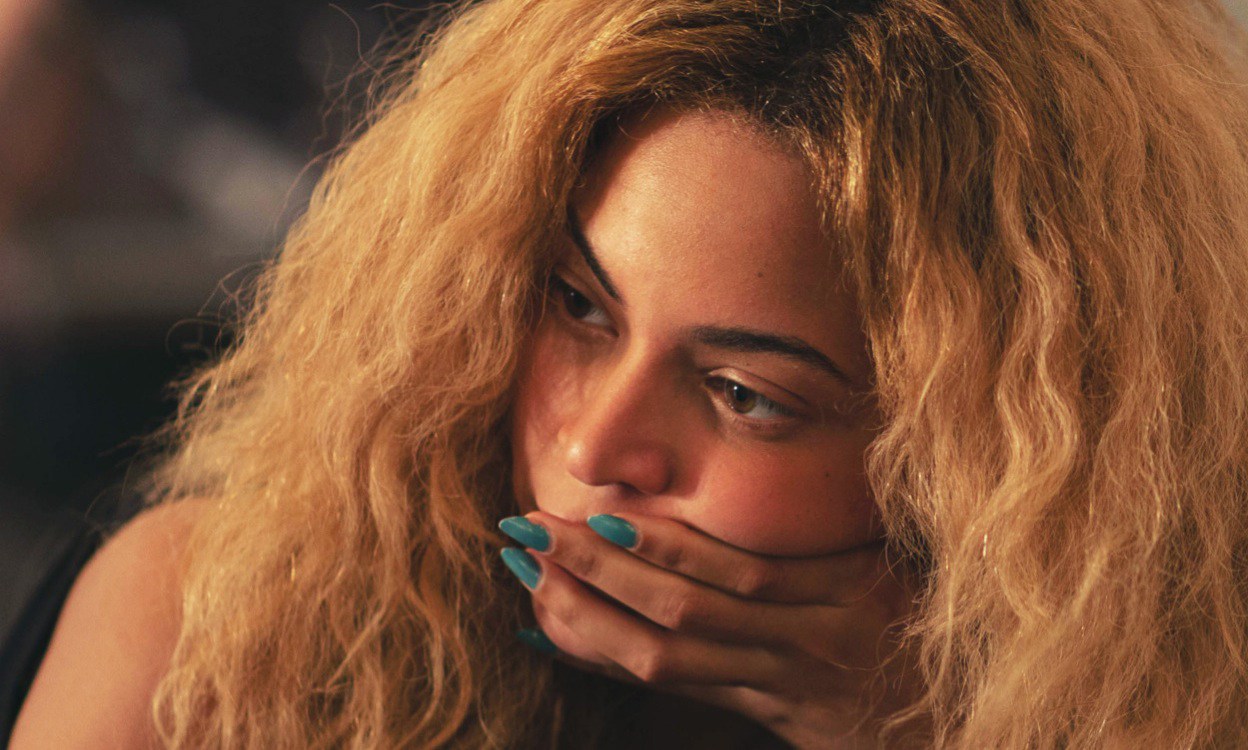 Beyoncé is clearly haunted by the back-to-back killings of two black men by cops.

The pop diva fired off a powerful message on her website Thursday condemning what she calls “the war on people of color and all minorities.”

“We are sick and tired of the killings of young men and women in our communities,” she wrote.

“It’s up to us to take a stand and demand that they ‘stop killing us.’”

“We don’t need sympathy. We need everyone to respect our lives.” 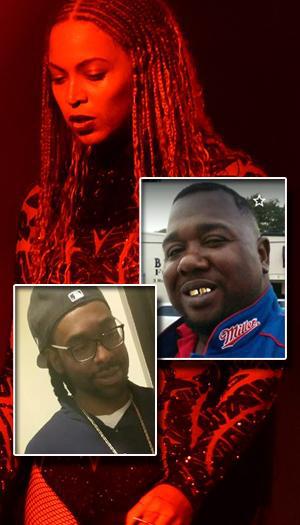 Queen Bey’s impassioned plea comes hours after horrific video was streamed live by a Minnesota woman showing the moments after a cop mortally wounded her boyfriend during a traffic stop.

The death of Philando Castile, 32, came shortly after footage and photos had emerged of two white Baton Rouge police officers fatally gunning down Alton Sterling as he lay pinned to the ground. 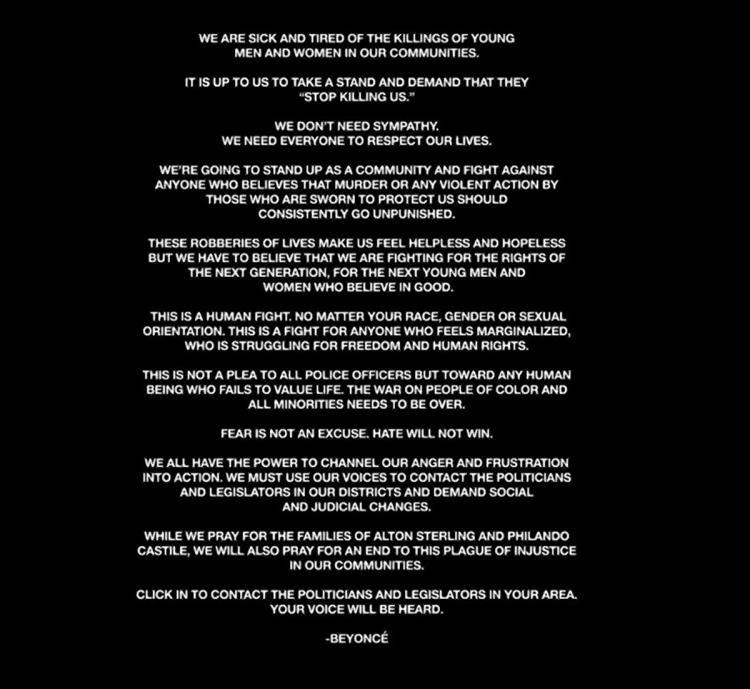 “This is a human fight,” Beyoncé wrote. “No matter your race, gender or sexual orientation. This is a fight for anyone who is struggling for freedom and human rights.