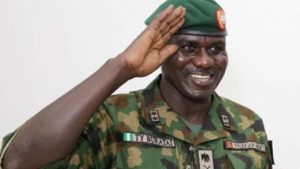 A law firm representing the Chief of Army Staff, Lt. Gen. Tukur Buratai, on Tuesday, said the Code of Conduct Bureau had cleared the Army chief of any wrongdoing in the $1.5m properties he bought in Dubai, the United Arab Emirates.

In a statement, Buratai’s lawyer, Ugochukwu Osuagwu, advised critics to respect the Army chief’s rights to private family life as guaranteed in Section 34 of the 1999 Constitution of the Federal Republic of Nigeria (as amended).

Also, documents obtained from the CCB indicated that in his asset declaration Form CCB – 1 submitted on August 21, 2015, Buratai declared that the properties in Dubai belong to his wife.

Osuagwu said the military chief didn’t make any false declaration, adding that the said property was not acquired after he became the chief of army staff to warrant the invocation of Section 15 (3) of the CCB Act.

He said, “We view the further attempt by some select few to still dwell on this same Dubai properties and criticise the COAS as a veiled attempt to divert his attention from the current war he is waging to secure the country in various troubled spots in Nigeria.

“Critics are therefore advised to respect the General’s right to private family life as guaranteed under Section 34 of the 1999 Constitution of Nigeria (As Amended) and construct their views within the ambit of the rule of law having been duly cleared by the CCB.

“The COAS complied with Section 15(1) of the Act and included his spouse’s assets in his declarations. That is what the law requires of him and he did not disappoint. The COAS acted lawfully and has not breached any law.”

According to Osuagwu, by a letter dated June 29, 2016, the law firm requested the CCB to clear the air over the said UAE properties.

Osuagwu added, “Without much delay, the CCB responded in its letter dated July 11, 2016, and stated clearly from the asset declaration filed by General Buratai that the said property was duly filed by the Army General and in the spouse’s name.

“Having so declared the property as required of him by law, the Chief of Army Staff has discharged the duty placed on him by the 5th Schedule of the Constitution of the Federal Republic of Nigeria and the CCB and Tribunal Act.”

A copy of the CCB’s response to Buratai’s lawyer, forming the basis of Osuagwu’s assertion, was signed by Mrs. Ijeanuli Arinze Ofor, on behalf of the CCB’s chairman, Mr. Sam Saba.

The letter, titled, ‘Re-Request for information pursuant to Section 1 and 4 Freedom of Information Act 2011’, read, “We refer to your mail dated June 29, 2016, on the above subject matter. We wish to state here that General Tukur Yusuf Buratai, after his appointment as Chief of Army Staff, declared his assets as required by the Constitution of the Federal Republic of Nigeria.

“He was served the Form CCB – 1 on July 21, 2015 and returned same on August 21 2015. We also wish to confirm that his property in Dubai was declared in the wife’s name. Please accept the warmest regards of the chairman.” -Nigerianeye