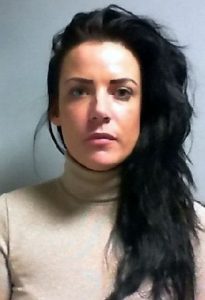 A woman has been jailed after slashing her boyfriend’s face from his mouth to his ear after she caught him kissing and cuddling another woman.

The 30-year-old Cunningham had told York Crown Court she thought the slash was caused from a ring or a glass he was holding – but when her ring was examined by Recorder of York, Judge Paul Batty QC, it was found to be blunt.

Cunningham was jailed for two and a half years.

Judge Batty told her: “The wound had been a deep laceration in places, running virtually from Mr Harman’s mouth to his ear and causing a permanent scar.”

Cunningham, of York, said that when she saw him with another girl they were kissing and cuddling.

She added: “I felt pretty upset – I just stormed over and hit him.”

She said she punched him but denied having a blade in her hand, and said the wound must have been caused by a ring on her finger, or the glass he was holding.

Her former boyfriend Mr Harman defended his ex, saying he had been “winding her up” during the incident which happened in York one evening in June 2015.

Mr Harman told the court that he had wrongly believed she had been the one having an affair.

Speaking about his vengeful behaviour, he said: “I was disgusting – I was horrible. I was awful.

“I was angry with her – I thought she had been cheating on me in my own bed. I wanted revenge on her. I wanted her to be sent down.”

Joylene Cunningham has been jailed for two and half years