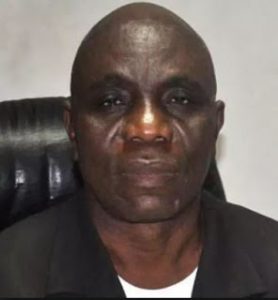 Director of accounts in the Lagos State governor’s office, Thomas Otuyemi, has been kidnapped alongside his son by unknown gunmen in the Epe area of the State.

According to reports, the 60-year-old man was abducted alongside his son at the weekend.

A source at the Government House said the development only came to the knowledge of the government late Sunday evening.

According to the source, “Most of us got to know about the abduction on Sunday. The location of the abductors has yet to be known.

“But the police promised to do a good job. It is not also known whether the abductors have communicated with the family.”

The Lagos State Police Public Relations Officer, PPRO, SP Dolapo Badmos, while confirming the incident, added that the police were on the trail of the kidnappers and that the director would soon be rescued.

She said, “The police are searching the creeks. We are on the trail of the kidnappers. I cannot disclose which police unit is detailed for the rescue mission, but the operation is ongoing.” -Nigerianeye