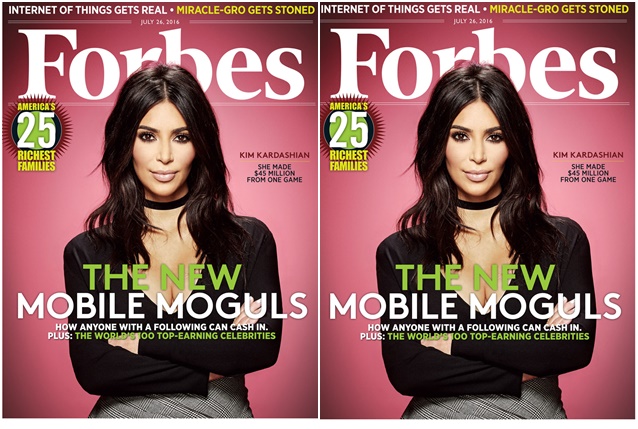 Kim Kardashian West has landed yet another magazine cover, but this time with her clothes on.

It’s great to see Kim on the cover of a magazine with no body baring outfit or completely nude. Mrs West isn’t on the cover because she is sexy, it’s for her great achievement with her game and kimoji’s. She made a whooping sum of $51 million to land at No. 42 on Forbes’ Celebrity 100 list; 40% of her yearly paycheck came from the game.

Kim is making major waves in the tech world with her mobile apps. 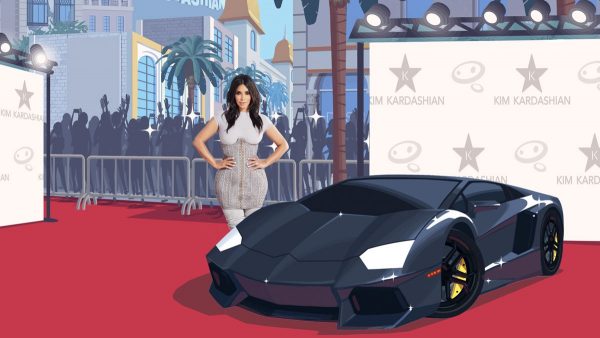 “I became really intrigued with the tech world. I started spending a lot of time in San Francisco,” says Kardashian, without a hint of irony. “I realized this is really going to be the next cycle of my career and this is what I want to focus on.”

Such a tremendous honor to be on the cover of @forbes! I never dreamed this would happen& know my Dad would be proud pic.twitter.com/jxsjXnfVQE

Such a tremendous honor to be on the cover of @forbes! I never dreamed this would happen and know my Dad would be so proud. #NotBadForAGirlWithNoTalent 😍😜

Prophet caught having sex with a married woman in Asaba