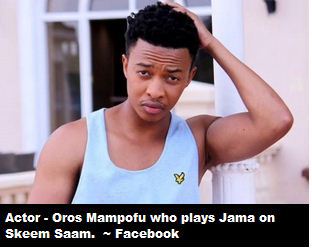 Oros Mampofu who plays Jama’s character on the drama posted a notice on his Facebook page saying he wasn’t sure if it’s true or not but he sends his condolences to the family.

In his post, he mentions that the girl’s mum found her lying on her bed motionless when she came back from work with a suicide note next to her.

The girl committed suicide because her crush and favourite actor Jama, died in the show.

In her suicide letter, the young girl wrote how her life would be incomplete without seeing her favourite actor on TV.

After finding out about this tragedy, Oros took to social media to send his condolences to the girl’s family. 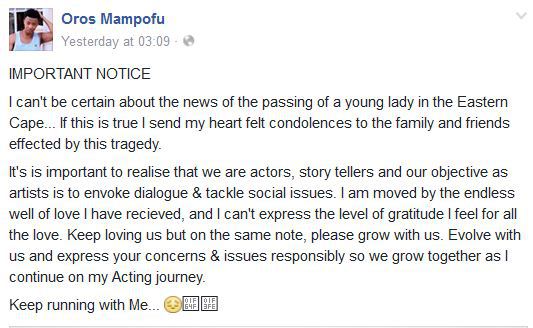