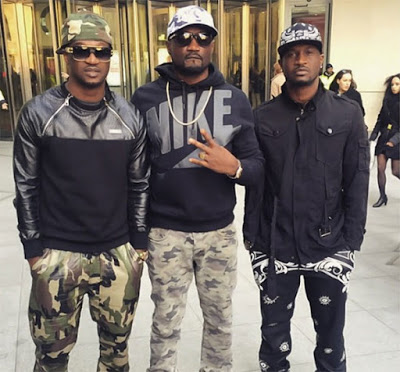 The Okoye brothers had the whole of Africa on their issue earlier in the year when they had their family issues.

It started with manager issues (their manager is Jude Okoye) and it went further really with more revealing facts. At a point, we thought they were going to split up. Heck, we even wrote why we thought they would here . But well, it turns out that they kissed and made up and in as much as we were wrong, we liked it.

But it seems the plot thickens deeper than that, really.

So this week, there was a concert in Congo and Peter and Paul were supposed to perform because the name said P-Square.

But somehow, it’s just Paul showing up in Congo, and then it was said that Peter couldn’t come due to health issues. But it turns out that Peter wasn’t actually sick rather he wasn’t aware of the concert. Anyway, Peter shared a post on his Instagram where he said he was fine and healthy and it was a case of misrepresentation. And he ended up saying he was going to take legal actions. 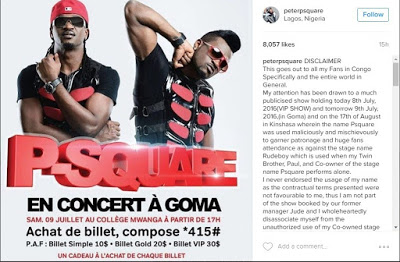 Tears as man killed by herdsmen in Delta is buried