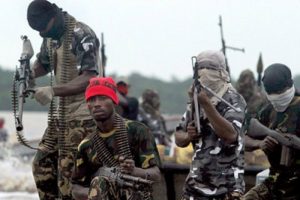 Twitter suspended the account of Niger Delta Avengers, yesterday, following the group’s announcement on the micro-blogging site that it had carried out five attacks on key oil installations in the last few days.

The rule says that “you may not make threats of violence or promote violence, including threatening or promoting terrorism.”

The Avengers allegedly contravened this rule by using a Twitter account as its main form of communication, using it to publicize claims of attacks and as a platform to criticise the Federal Government.

In February, Twitter said it had shut down more than 125,000 terrorism-related accounts since the middle of 2015, most of which were linked to the Islamic State group. Meanwhile, environmentalist and rights activist, Ann-Kio Briggs, yesterday, said that the resumption of hostilities by Niger Delta Avengers, NDA, was because the Federal Government refused to address the long time neglect of Niger- Delta region.

This is coming, barely 24 hours after the Niger Delta Avengers, NDA, recommenced fresh attacks on oil facilities in the Niger Delta region, while another militant group, Ultimate Warriors of Niger Delta, UWND, has pulled out of the temporal ceasefire agreement, saying that  the Dialogue Committee constituted by the Federal Government was a diversionary ploy. The group by its spokesperson, Sibiri Taiowoh, blamed President Muhammadu Buhari for its action, adding that his policy reversals would rebound on him.

Speaking on why the militants resumed attacks on oil assets, Briggs told Vanguard on phone: “My concern is that the Federal Government and not just the Buhari’s government has failed to understand that we are talking about issues of Niger Delta, which are the long term neglect of the region with these issues there over time.” -Vanguard