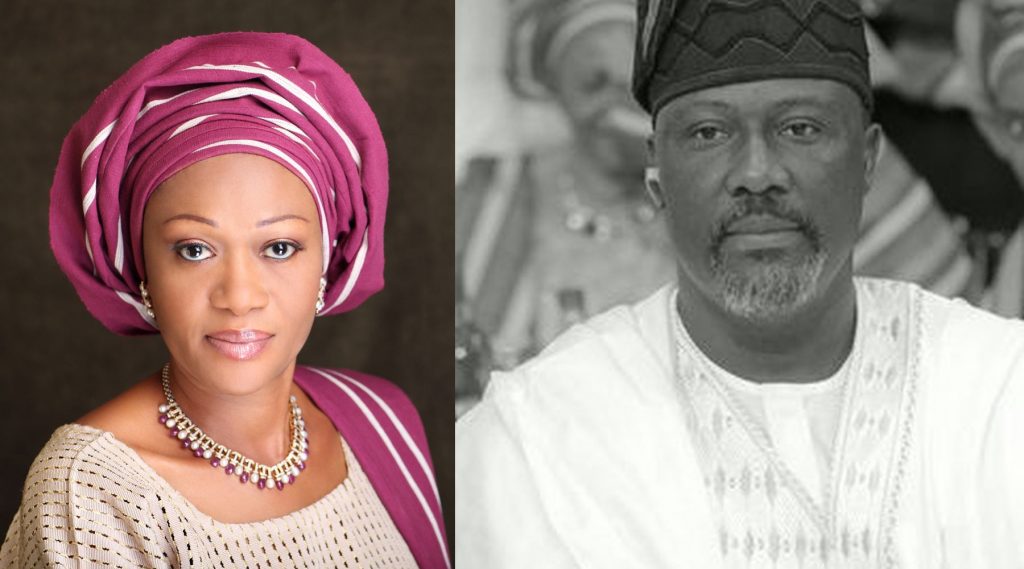 Suspend Melaye for threatening Remi Tinubu – Fasanmi urges NASS
Ayo Fasanmi, Second Republic Senator, has called for the suspension of senator representing Kogi West, Senator Dino Melaye from the upper legislative chambers over his outburst against his colleague and wife of the National leader of the All Progressives Congress, APC, Ahmed Bola Tinubu, Senator Oluremi Tinubu.

Recall that Melaye had on Tuesday threatened to assault Mrs Tinubu, a Senator representing Lagos Central in the senate during a closed door session.

Melaye, however, claimed he was only responding to an insult from Mrs. Tinubu who called him a dog and a thug when the impeachment move against President Muhammadu Buhari was been considered.

However, the elder statesman while condemning Melaye’s action said the lawmaker has dented the image of the hallowed chambers.

Fasanmi in a solidarity message during an emergency meeting of Lagos Central District leaders and stakeholders held at the Teslim Balogun Stadium, Surulere, Lagos Mainland, urged Nigerians to examine the quality of lawmakers they select to represent them at the National Assembly.

At the meeting which was held with the aim of reaffirming their loyalty and support for Senator Tinubu, Fasanmi called on the National leadership of the APC to sanction Melay.

“I am very sad about what is going on in the Senate. All former senators and members of the House of Representatives should be sad. Senator Dino Melaye is rude to a woman of substance and a diligent senator who has brought pride to the party, her constituency and the womenfolk. He should be suspended from the Senate with immediate effect,” Fasanmi said.