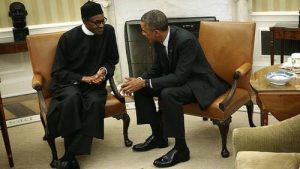 The United States Department of State has warned of potential terrorist attacks targeted at hotels in Lagos during the Eid-el-Fitr holiday.

It also advised American citizens against traveling by boats across the south of the country.

It advised America citizens entering the city through the airport to arrange for a convoy that consist of one “single-vehicle MOPOL escort” during night and daytime travel.

Americans were also advised to avoid walking on the street alone without being by accompanying local contacts.

According to the warning, the nature of the possible threat in Lagos is similar to those common in areas with active Islamist militants like the North-Central, North-East and Kano, where Boko Haram terrorists are more active.

“Although Islamist militant attacks in Lagos are possible – Boko Haram has threatened attacks in the city – they are less likely than criminally motivated kidnaps-for-ransom or robberies by waterborne assailants,” the report explained.

“While we do not think that this potential threat warrants deferring travel to Lagos, members should continue to observe stringent security precautions, particularly outside of areas that can be considered as relatively secure (Ikoyi, Victoria Island, Ikeja), as well as minimising time spent in waterfront areas,” it added.

The Nigerian government is yet to respond to the U.S. advisory, but the Nigerian Police had also on Monday identified at least four kinds of locations nationwide where attacks could occur as Nigerian Muslims joined their counterparts worldwide for the end-of-Ramadan festivities.

Force Public Relations Officer, Don Awunah, said in a statement sent to PREMIUM TIMES that the the Acting Inspector-General General of Police, Ibrahim Idris, had ordered all zonal headquarters and state commands to ensure adequate security at such potential “vulnerable places.”

The police spokesperson said Mr. Idris had given directives that security be beefed up around those locations and other areas later identified to be vulnerable.

He called on Nigerians to report vital information to the Police and conduct themselves well.

The statement by Mr. Awunah said, “IGP Idris has also ordered all Zonal Headquarters and Command Commissioners of Police to ensure adequate security in their areas of responsibilities throughout the duration of the celebration, warning that officers should be deployed evenly to cover the highways, worship and recreation centres, government installations and all vulnerable points in order to give Nigerians feasible sense of safety and security as they celebrate the Eid-el-fitri and go about their lawful business.” -Premium Times

We can’t repair roads until 2016 budget is passed –Fashola